Clifton Packaging Group LTD. was established in 1981 as wholesalers of plain carrier and paper bags for retail outlets. After four years of wholesaling, the company decided to move back to Leicester in 1985 and start directing efforts towards manufacturing flexible packaging materials especially for the snack food, confectionery, nuts and bakery industry.

Shahid is a sponsor at the Leicester City Football Club and the Leicestershire County Cricket Club. In 2007 Shahid was greatly involved with the LCCC pre season tour to India and Sri Lanka in which he was the main sponsor and he fulfilled many vital roles in helping to fly the flag for Leicestershire. 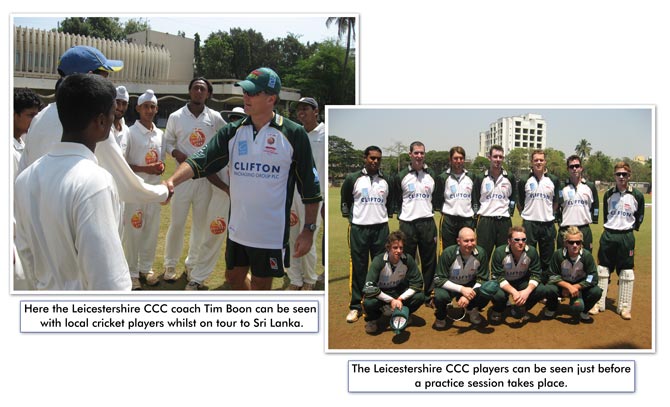 This dedication and commitment to the team has led to him being named Cultural Ambassador to Leicestershire County Cricket Club, the only person in County Cricket in the U.K to be presented with this title.

Quite simply, Shahid’s efforts are concentrated in those areas where his activities have the greatest impact and where there are the biggest development challenges with respect to quality of life. Shahid has also achieved many other successes. During 2006, he founded Clifton International Sports Management. Immediately he signed up “The brand merchandising agreement” for the high profile “Monty Panesar” – The first British Sikh cricket player to play for England. Furthermore, Shahid is on the committee for “Paul Nixon” testimonial year 2007 (Paul Nixon – Leicestershire County Cricket/England Wicketkeeper).

For Shahid, Clifton International Sports Management is more than sports management; he uses his vast business experience to allow him to be an advisory to the football and cricket players and supports them as they make plans for alternative careers after sport.

An example of this is the help and advice that Shahid has given to Momo Sylla (Former Leicester City Midfielder). With Shahid’s knowledge and efforts they have managed to form the Kai Soap Company. Although in its infancy, the company is already proving to be a success and is experiencing steady growth. Currently all products are exported to Guinea. Chelsea footballing star Didier Drogba is a an ambassador for the company. Mr Drogba has also taken part in the successful advertisement campaign, please see image below.

Part of the mission statement is to give back as much as possible to the local communities in Guinea. So far this project has created over 100 jobs with many more jobs to follow. Once the UK production site is up to full capacity then from the profits generated the next project will be to build a footballing academy where by we can offer educational courses also similar to the American style where the students progress to play american football.

Football is idolised in Africa to the extent that it has been known for over 20,000 people to come and watch practice sessions only.

Not only will this project be a great export story for the UK but will it also be a role model story in Guinea.

Momo and Shahid have plans in the future to create seminars whereby we can tell the story of how this project started and where it has developed to, in the hope that they can inspire other people to follow their dreams.

Shahid’s tireless commitments to community & charity events was recognised by the Leicester DeMontfort 500 Round Table of which Shahid has been a member for the last 4 years, by appointing him as the new vice chairman for 2007/08. For 2008/09 Shahid has been elected Chairman of the Leicester De Montfort Round Table. Another impressive feat to add to Shahid’s growing reputation. 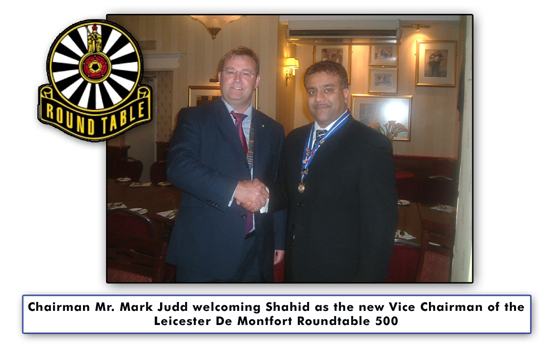 Quote: "Aspire to Inspire before we Expire"

My profiles in social media: